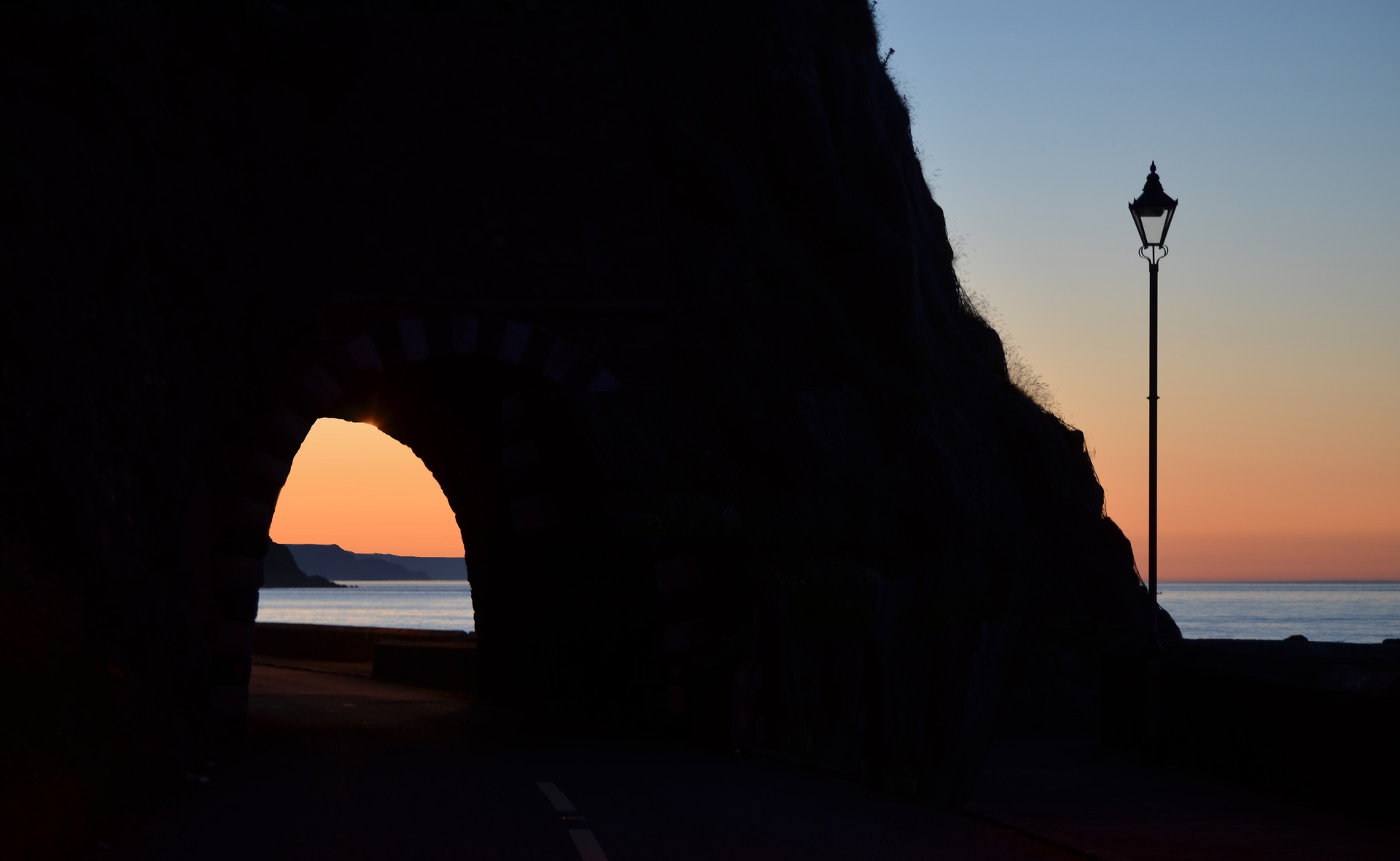 First year architecture students from the Master’s and undergraduate courses at Queen’s University, Belfast converged in rural settings across Northern Ireland in a week long live project, specifically examining the rural context of the island. Projects included dealing with rural castles, islands, leisure in the countryside, shopping, farming, former army barracks and hedgerows, to name but a few.

A Larne project was proposed by local Master’s student, Darren Haveron. ‘This was an ideal opportunity to imagine a possible, new vision for Larne, to highlight the need for change, not only in the way we treat our physical environment but physiologically how the people of Larne feel about their own town and how they can take ownership of it; to create a sense of place, event and community to try and heal an obvious physical and aesthetical disconnection. 42% of Northern Ireland’s tourist vehicles travel through Larne, yet the town currently turns its back on this, as a result it fails to draw people in and capitalize on its geographical qualities, as a gateway to Northern Ireland.’

A team of ten students kick started their week meeting the Town Development Manager, Hazel Bell, who offered a valuable insight into the opportunities for the town in the Town Centre Master plan; the team highlighted areas for study that could have a major impact on how the ‘gateway’ area from the Larne town railway station and A8 dual carriageway could be viewed.

‘In this one week design project we wanted to imagine a new gateway to the town and to also look at how a simple design intervention can have an immediate impact on the community. Master planning is well and good in setting an overall agenda but during years of austerity these changes will not be seen for many years to come, whereas Larne requires immediate interventions. The town currently turns its back on its rural context and main arteries of transport to and from the area, so we looked at how to create a place whereby people could be drawn to, during the day time and evening, we built on the idea of creating a flexible yet small scale event space.’ said Darren 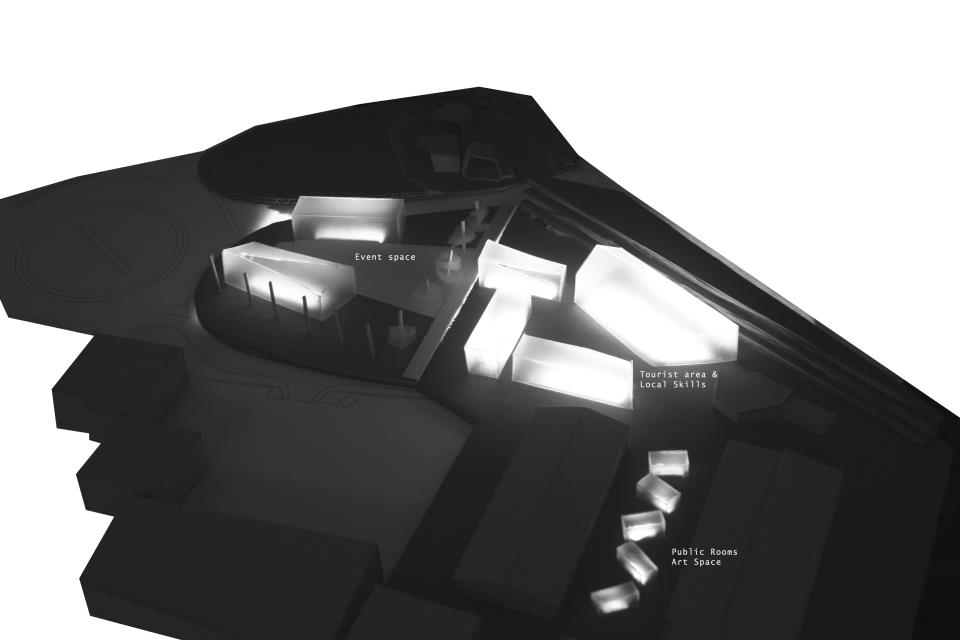 An original idea was taken from the Market yard of the town, of how a market is seen as a communal event and an opportunity for people to interact. From this arrived the idea of building a modular unit which could be built in-situ by the community, its shape and form could be manipulated to host various events, such as concerts, workshops, public gatherings, in short a flexible public room brought to the forefront of the public eye, whereby locals would take ownership of it through a variety of uses, these units could also be devices to advertise, and in the evening becoming public art forms, acting as a light beacon which would encourage more visitors and residents into the town. ‘

‘ Larne as a community must begin to look at how it is viewed from the outside which involves installing civic pride and well considered design into the town, often enough a catalyst for this can be achieved through live community projects. There are undeniable infrastructural problems to address the sense of arrival into the town from the railway and A8, which was looked at in our proposals. The chance to create an area of event along the main axis from the railway station through the car parks is a great opportunity to improve the threshold and attraction of the Main Street. ‘

Students presented their ideas to Mrs Bell, who was highly engaging and impressed with the volume of study and work produced. She highlighted the need for bold thinking and noted that the Town Centre master plan could consider such ideas.

Oops, you forgot something.

The words you entered did not match the given text. Please try again.

Reply Jamosbut
9:43 AM on June 11, 2021
You revealed it wonderfully.
https://essayssolution.com/
things to write a persuasive essay on
https://service-essay.com/
how to write an essay for a scholarship
https://theessayswriters.com/
can t write essays
https://topessayssites.com/
how to write a short essay
https://3frecon.webs.com/apps/guestbook/